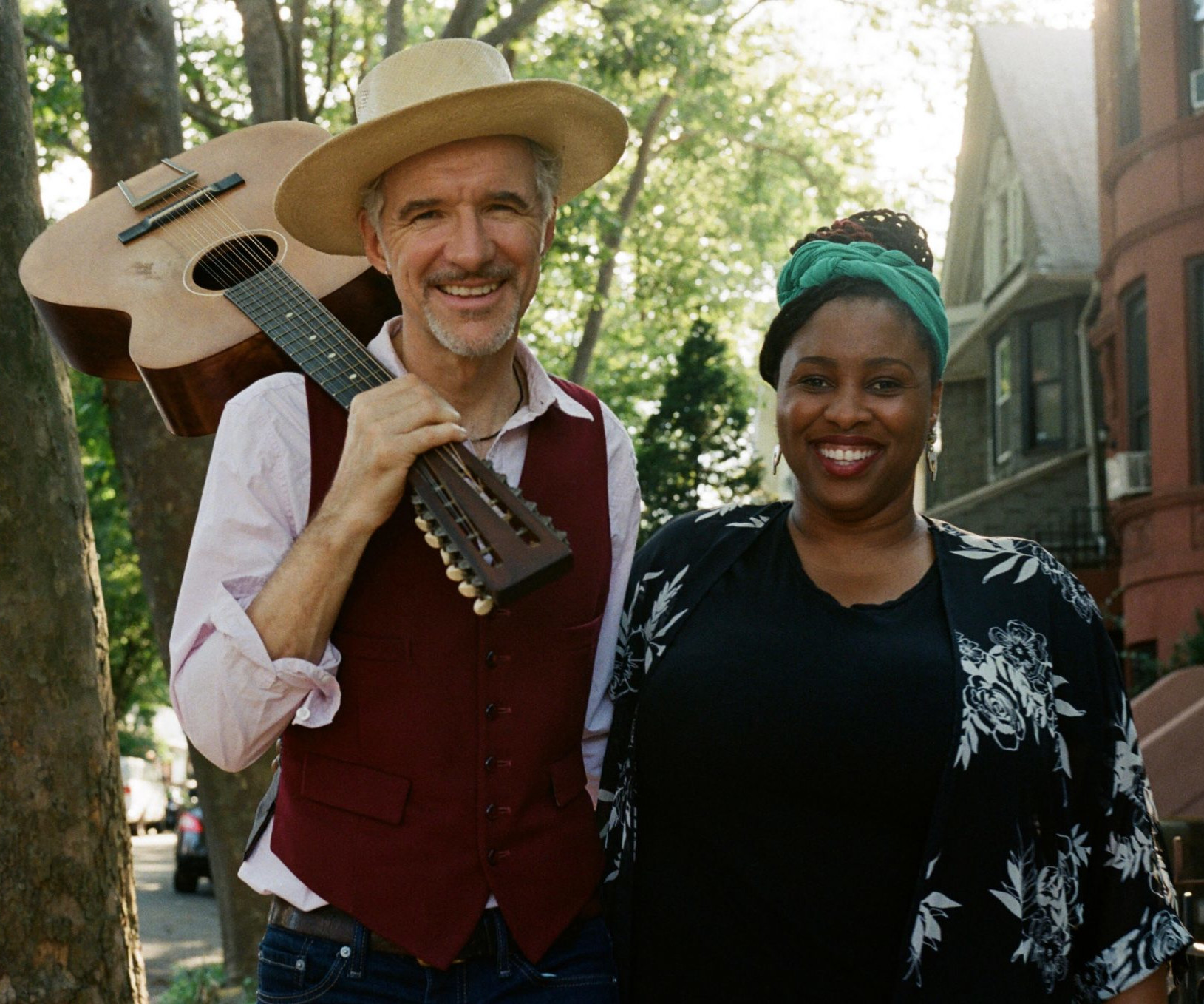 Experience a New American House Party with Grammy award winner Dan Zanes and Haitian-American jazz vocalist Claudia Eliaza. This will be a festive evening of old and new songs from near and far, all presented with Dan and Claudia’s unique close harmony, multi-instrumental sound. Sea shanties, blues, Haitian folk, sacred music, and soulful originals collide as the spirit of an early 60’s house party calls the audience to join in with gusto and freewheeling enthusiasm. Please note, this is an adult show but all are welcome.

Dan and Claudia – both originally from New Hampshire – have been making music with each other since the day they met through a friend in the fall of 2016. The two decided while jamming at Dan’s kitchen table in Brooklyn that very afternoon that they would continue singing together and, in the spirit of progress and inclusion, try to make all of their concerts “sensory friendly.” They had big dreams and they’re coming true!

Inspired by their artful modern-day all-ages folk music and commitment to accessibility, the Kennedy Center commissioned Claudia and Dan to create a theater piece for young audiences. Night Train 57: A Sensory Friendly Comic Folk Opera premiered in October 2017 and has been performed several times since. The soundtrack recording is available on Festival Five Records.

Their love of songs and communal music-making lead to a publishing deal with the Quarto Group USA and the result, a songbook entitled Dan Zanes’ House Party: A Family Roots Music Treasury, was released in late 2018. This has opened the doors to many new conversations with parents, educators, music therapists, and fellow musicians about how to work together to create a healthier, more musical (and ultimately, more equitable), society.

While taking on these projects, Claudia and Dan have continued to bring their form of social music to family shows, school workshops, community sing alongs, and folk festivals throughout the U.S. and into Canada. They take their instruments and their commitment to accessibility and inclusion with them wherever they go.

And – the icing on the cake – in the midst of all this they found time to get married!